She was born in Seattle on August 18,1989. She is half Japanese and half Caucasian.

Keyes appears alongside pornographic actresses Bonnie Rotten and Asphyxia Noir in the music video for the 2013 song "Kiss Land" by The Weeknd.

The text in this article is based on the Wikipedia article "London Keyes" used under the terms of the GNU Free Documentation License or the Creative Commons CC-BY-SA license. 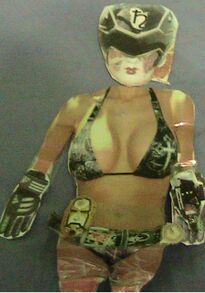 As Black Saturn, she has a Snake motif. She pilots the SnakeSaturn. Black Ranger's main weapon is a Axe called the Snake Axe. 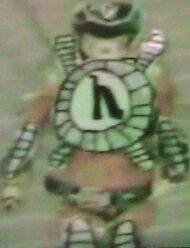 Retrieved from "https://bikinirangerscelebrity.fandom.com/wiki/London_Keyes?oldid=31849"
Community content is available under CC-BY-SA unless otherwise noted.